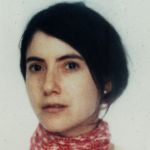 Livia Corona was born in Ensenada, Baja California. She is a graduate of Art Center College of Design and works out of New York and Mexico City. Her current project, Two Million Homes for Mexico, focuses on the surge of mass-scale neighborhood developments in Mexico, exploring their role in the ongoing transformation of the ecological, social and cultural landscape of the nation. This project, consisting of images, films, texts and interviews, also reveals broader trends in the way we inhabit the world today. Her earlier work, Enanitos Toreros (PowerHouse Books, New York, 2008), is a ten-year documentary on both the personal and public experiences of people with dwarfism who work as the famed Dwarf Bullfighters of Mexico. The photographs and interviews for this book explore issues of discrimination, social mobility, performance, exploitation, and the representation of dwarfism in current society. The project centers on how we see dwarfism rather than in what people with dwarfism look like. The book investigates one of the last groups of people that are openly discriminated against, yet it tells complex and personal accounts rather than developing general theories. Her most recent book, Of People and Houses (HDA, Austria, 2009) is made in collaboration with architecture critic and theorist Andreas Ruby, edited by Ilka and Andreas Ruby and produced by the Haus der Architektur of Graz, Austria. In this series of 111 images, Ms. Corona presents photographic interpretations of architectural aims as they interplay with social and spatial possibilities. For each image, she develops a scenario that takes up and transforms thematic and formal aspects of the respective architectonic concept photographed. The stories put forth aim to tell something about the life of the project, the peculiarities of its protagonists, the special characteristics of the site, and the atmosphere of its spaces. Unlike architecture photographs, the images for this project do not claim to document architecture. They are directed more to selected aspects; hoping to develop a more immediate relationship to the image and invite a distanced observer to elaborate truth or fiction about the building using his or her own imagination.