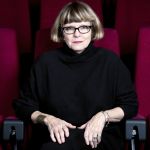 Known for her “long line of smart, thrillingly well-executed performance pieces” (Katherine Dieckmann, The Village Voice), Lois Weaver’s performance work has been at the forefront of gay and lesbian arts and culture. As director and co-founder of Split Britches, one of the first professional feminist theatre companies established with Peggy Shaw and Deb Margolin in New York in the 1980s, Lois formulated a postmodern practice that has been central to international academic debates on performance, feminism, gender, and spectatorship.  Some of her collaborations with Split Britches are internationally recognized as provocations for new ways of seeing and staging radical, lesbian, and queer feminist bodies; among these are Miss America, a lament for the lost American Dream after Hurricane Katrina (2008); Lesbians Who Kill, a meditation on violence and intimacy (1992); Belle Reprieve, a queer revision of Street Car Named Desire created in collaboration with Bloolips (1991); Little Women: the Tragedy, a contribution to the debate on censorship and pornography (1988); and Dress Suits for Hire, a celebration of female desire and natural history written in collaboration with Holly Hughes (1987).

She was a co-founder of Spiderwoman Theatre in 1975 and the WOW theatre in New York City in 1980 and is currently Artistic Director for the AiR Supply Collective, an initiative that nurtures and sustains emerging artists in London.  In a project entitled Staging Human Rights, she experimented with her own performance practice as a way to engage with issues of human rights in women’s prisons in Brazil and the U.K., and as a result of this work became Artistic Director for Performing Rights, an international festival on the themes of performance and human rights held in London, Vienna, and Glasgow.  She has a part-time position at Queen Mary University of London as Professor of Contemporary Performance Practice.

Lois also works as an independent performance artist and is currently touring with two Split Britches’ productions: Retro(per)spective, a compilation of thirty years of work with Split Britches (2009), and Lost Lounge, a response to loss and the loss of memory resulting from urban regeneration (2010), and the solo lecture performance What Tammy Found Out, a research report from Lois’s assistant and alter ego, Tammy WhyNot (2012).   She recently co-wrote and directed Peggy Shaw in Ruff, an exploration of Shaw’s experience of surviving a stroke. Commissioned by P.S.122 (New York) and Out North (Alaska) in 2011, Ruff explores the place of the imagination and the role of performance in recovery from illness and disability.  Her newest project, What Tammy Needs to Know . . . About Getting Old and Having Sex, marks a continuation of Lois’s practice-based research on aging.

Throughout her career Lois has continuously developed new forms of performance that have enabled citizens of diverse perspectives and backgrounds, often excluded by age, class, gender, and sexuality, to enter into public discourse.  Her current series of projects, Public Address Systems, experiments with performance practices as possible strategies for public conversation.  These open-sourced formats such as Long Table and Porch Sitting draw on familiar everyday motifs in order to encourage informal conversation on serious topics.

Currently, Weaver is working on a book that documents more than three decades of her performance methodologies and situates them within personal and professional memoir and alongside excerpts of her work.

Lois Weaver’s strategies for engaging the public through performance, place & the everyday