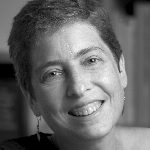 Lori D. Ginzberg is a historian of nineteenth-century American women with a particular interest in the intersections between intellectual and social history.  Educated at Oberlin College (B.A., 1978) and Yale University (Ph.D., 1985), she is the author of several books, including Women and the Work of Benevolence: Morality, Politics, and Class in the Nineteenth-Century United States (1990); Women in Antebellum Reform (2000); and Untidy Origins: A Story of Woman’s Rights in Antebellum New York (2005).  Her most recent book, Elizabeth Cady Stanton: An American Life (2009), discusses the life and legacy of the nineteenth century’s foremost feminist thinker.   Although her books involve different methodological approaches to women’s history, they share a concern for how ideologies about gender obscure the material and ideological realities of class, how women of different groups express political identities, and the ways that commonsense notions of American life shape, contain, and control radical ideas.  Her new project will more explicitly tackle questions raised by her interdisciplinary experience as a joint appointment in History and Women’s Studies, asking why the grand American narrative and, indeed, the idea of historical narrative itself, has remained so apparently impervious to the feminist challenge of the last thirty years.

Ginzberg has been the recipient of several honors, including a National Endowment for the Humanities Fellowship (2007), a book and article prize, and a Fulbright Fellowship to teach at Hebrew University in Jerusalem (1995-1996).  She is a member of the Organization of American Historians Distinguished Lecturer series, is an elected member of the American Antiquarian Society, and has recently been elected to the OAH Executive Board.

Ginzberg has been a member of the History and Women’s Studies Departments at Penn State since 1987, where she teaches courses in U.S. history, women's history, lesbian and gay history, and feminist theory, and has served as the Women’s Studies Graduate Officer.   A native New Yorker (and a graduate of Hunter High School, 1974), she lives in Philadelphia.