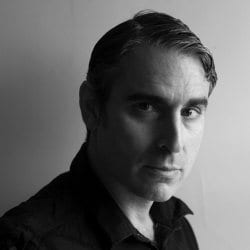 Louie Palu is an award winning documentary photographer and filmmaker whose work has appeared in publications, festivals and exhibitions internationally. He is the recipient of numerous awards including a Pulitzer Center on Crisis Reporting Grant and a 2011-12 Bernard L Schwartz Fellowship from the New America Foundation to document the effects of organized crime and drugs in Mexico. He is well known for long term projects which examine social political issues such as human rights, conflict and poverty. His 12-year study of hard mining communities in Canada’s North was selected for the Critical Mass Book award (2006) resulting in the book Cage Call: Life and Death in the Hard Rock Mining Belt.

He is the recipient of numerous accolades including a National Magazine Award, White House News Photographers Association Eyes of History Award, Aftermath Project Grant and Alexia Foundation Photography Grant for World Peace and Cultural Understanding. In 2015 he was awarded a Milton Rogovin Fellowship from the Center of Creative Photography from the University of Arizona.