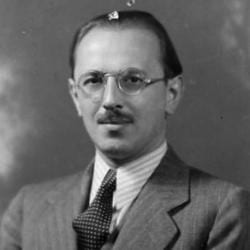 SAS, LOUIS FURMAN:  Appointed for the preparation of a book to be entitled “Society and Language during the Merovingian Period,” an investigation of the origins of the Romance Languages; tenure, twelve months from September 1, 1940.