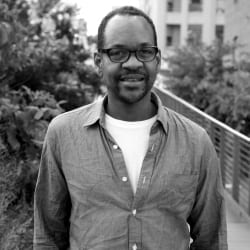 For more than two decades Lyle Ashton Harris has cultivated a diverse artistic practice ranging from photographic media, collage, installation and performance. His work explores intersections between the personal and the political, examining the impact of ethnicity, gender and desire on the contemporary social and cultural dynamic. Known for his self-portraits and use of pop culture icons (such as Billie Holiday and Michael Jackson), Harris teases the viewers’ perceptions and expectations, resignifying cultural cursors and recalibrating the familiar with the extraordinary. His work has been exhibited internationally, including at the Whitney Museum of American Art, the Solomon R. Guggenheim Museum and the 52nd Venice Biennale. His work has been acquired by major international museums, most recently by the Museum of Modern Art in New York. His commissioned work has been featured in a wide range of publications, including The New York Times Magazine and the New Yorker. In 2014 Harris joined the board of trustees at the American Academy in Rome and was named the 10th recipient of the David C. Driskell Prize by the High Museum of Art in Atlanta. Born in New York City, Harris spent his formative years in Dar Es Salaam, Tanzania. He received his Bachelor of Arts with Honors from Wesleyan University in 1988 and a Masters in Fine Arts from the California Institute of the Arts in 1990. He currently lives and works in New York City and is an Associate Professor at New York University.