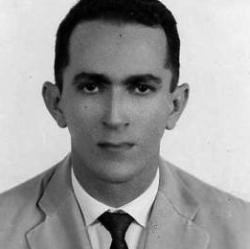 
In addition to his two Guggenheim Fellowships (1965 and 1968), his honors include his being Invited Lecturer to the International Congress of Mathematicians at Helsinki in 1978; the National Prize of Science and Technology, CNPq, Brazil, in 1984; the TWAS Prize in Mathematics in 2002; Ordem Nacional do Mérito Científico, Brazil, in 1995; and an honorary doctorate from the Federal University of Alagoas in 1991.