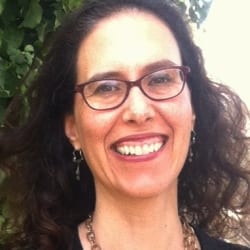 Raised mostly in Montreal and the San Francisco Bay Area, and educated at UC Berkeley, I have lived in Washington DC for the last 16 years. I’m an associate professor of history at George Washington University. My teaching and research focus on the cultural, intellectual and ecological history of the early modern period in Europe and the Americas, particularly those areas that were once part of the Spanish Empire.

How do beliefs affect sensory experience and how do sensory experiences affect beliefs? Why are some animals treated as kin and others as meat? What was the impact of Native American societies on early modern Europe? Questions such as these animate my research and emanate from two major interests: The first concerns how the investigation of past societies can help us better understand the cultural content of “human nature” and the second concerns the entangled processes of cultural and ecological globalization that accelerated in 1492.

My first project followed tobacco and chocolate as they moved from Native America to Europe in the sixteenth and seventeenth centuries. Exploring the unanticipated and transformative effects of Spanish imperialism and cultural and ecological globalization, it challenged the once prevailing view that expansion into the Americas had only a “blunted” impact on Europe. This research resulted in several publications, including “Tasting Empire: Chocolate and the European Internalization of Mesoamerican Aesthetics” (American Historical Review, June 2006) and Sacred Gifts, Profane Pleasures: A History of Tobacco and Chocolate in the Atlantic World (Cornell University Press, 2008), winner of the “Best Book” award from the Association for the Study of Food and Society.

The Guggenheim Fellowship will support the completion of my second book, provisionally titled “Of Pets and Prey: People and Animals in the Atlantic World.” This is a history of human-animal interactions in Western Europe (with a focus on Spain) and indigenous America (with case studies in central Mexico and lowland South America) between 1500 and 1800. It investigates how different modes of interaction – hunting, husbandry, and taming – shaped European methods of colonization and Native American strategies of adaptation in the wake of conquest. In doing so, it explores the origins and development of our paradoxical attitudes toward other animals, reflected today in the co-existence of industrial slaughterhouses and pet cemeteries. I have published some of my research in “The Chicken or the Iegue: Human-Animal Relationships and the Columbian Exchange,” which appeared in the February 2015 issue of The American Historical Review.

Some of my publications can be found here.