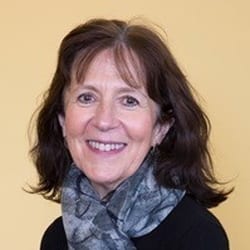 Margaret Morrison was a Professor of Philosophy at the University of Toronto. She worked on a broad area of topics in the philosophy of science including the role of models in scientific investigation, mathematical explanation in physics and biology, and the role of computer simulations in knowledge production. Much of her earlier work focused on the question of how we extract concrete information from abstract mathematical representations. For example, how did the use of abstract mathematical techniques borrowed from statistical physics enable R.A Fisher (1922) to lay the foundations of population genetics, and how did the mathematics of group theory and symmetry play a role in the development of the Standard Model in physics. More recently she focused on questions related to the epistemology of computer simulation, questions such as when, if ever, can computer simulations function as replacements for “material” experiments, and whether data from computer simulations can achieve the same epistemic status as measurements. Much of this work is discussed in her book Reconstructing Reality: Models, Mathematics and Simulations published by Oxford University Press in 2015. During the Guggenheim Fellowship her goal was to extend her earlier work on mathematical explanation to the behaviour of complex systems, especially the type studied in econophysics. Econophysics involves the use of techniques from statistical physics to explore the dynamics of economic systems. Knowledge of certain types of complex systems, in particular those in statistical physics, financial markets, and quantum field theory has been greatly aided through the use of renormalization group (RG) methods, a mathematical technique which shows that macro scale behaviour is often insensitive to micro details. Despite these successes there is an underlying philosophical problem, especially for the use of RG in econophysics: why should we think that interesting aspects of economic behaviour can be captured by methods that ignore specific features of the agents by treating them in the same manner as molecules in a gas? Hence, in order to understand the success of RG methods in this context the first task to look at the assumptions behind discipline of econophysics itself, its goals, and how it purportedly helps us understand complex features of the economy. She received her PhD from the University of Western Ontario in 1987. She previously held positions at Stanford University and the University of Minnesota (Minneapolis) before moving to the University of Toronto. Over the course of her career she received several fellowships from the Social Sciences and Humanities Research Council of Canada as well as fellowships from the British Academy, the Connaught Fund and Jackman Humanities Institute both of which are at the University of Toronto. She held residential fellowships at the Wissenschaftskolleg zu Berlin, The Institute for Advanced Study in Durham UK, as well as a Humboldt/Seimens research award held at the Munich Centre for Mathematical Philosophy at the Ludwig Maximillian University. In 2004 she was elected to the Leopoldina, German National Academy of Science; the Royal Society of Canada in 2015 and the Académie Internationale de Philosophie des Sciences in 2016. Obituary