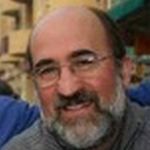 Mark Steinberg specializes in the cultural, intellectual, and social history of Russia in the late nineteenth and early twentieth centuries. His research interests focus on the cultures of the city, modernities, emotions, religion, the experiences and worldview of lower-class Russians, and the development of ideas and values.

Publications include Moral Communities: The Culture of Class Relations in the Russian Printing Industry, 1867-1907 (Univ. of California Press, 1992); Cultures in Flux: Lower Class Values, Practices and Resistance in Late Imperial Russia, edited with Stephen Frank (Princeton UP, 1994); The Fall of the Romanovs: Political Dreams and Personal Struggles in a Time of Revolution, written with Vladimir Khrustalev (Yale UP, 1995); Voices of Revolution, 1917 (Yale UP, 2001; includes an online publication of original-language texts); Proletarian Imagination: Self, Modernity, and the Sacred in Russia, 1910-1925 (Cornell UP, 2002); Sacred Stories: Religion and Spirituality in Modern Russia, edited with Heather Coleman (Indiana UP, 2006); the seventh edition of A History of Russia, written with Nicholas Riasanovsky (Oxford UP, 2005), plus a video/audio lecture series, A History of Russia: From Peter the Great to Gorbachev. In August 2006, he became the editor of the interdisciplinary journal Slavic Review.

He was born in San Francisco and received his B.A. from the University of California, Santa Cruz and his doctoral degree from UC Berkeley in 1987. He has also worked in New York City as a taxi driver and printer’s apprentice.