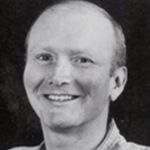 Mark O’Donnell is a playwright, novelist, poet, cartoonist, translator, and sometime songwriter. He co-authored the Broadway musicals Hairspray (Tony award) and Crybaby, and his off-Broadway plays, mostly at Playwrights Horizons, include Fables for Friends, That’s it, Folks!, The Nice and the Nasty, Strangers on Earth, Tots in Tinseltown, and Vertigo Park. Knopf has published four books of his fiction: Elementary Education, Vertigo Park, Getting Over Homer, and Let Nothing You Dismay. His humor, cartoons and poetry have appeared in The New Yorker, Spy, The Atlantic, Esquire, The New Republic, and many other journals. He recently made his concert debut at the Kennedy Center, with the National Symphony, with an adaptation for children of Shakespeare's Pyramus and Thisbe, acted by John Lithgow and composed by Daniel Kellogg.