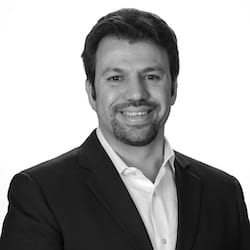 Marty Weissman grew up in St. Louis Missouri, and received his AB from Princeton University in 1999 and PhD from Harvard University in 2003. He held an NSF Postdoctoral Fellowship at UC Berkeley, before starting as an assistant professor at UC Santa Cruz in 2006.  From 2013-2016, Marty went on leave from UCSC to join the faculty at Yale-NUS College in Singapore.  He is currently a professor of mathematics at UCSC. Marty's research focuses on number theory and representation theory — the network of conjectures and theorems known as the Langlands program.  Recent work integrates “covering groups” such as the metaplectic group into the Langlands program.  Collaboration on this work is supported by the Simons Foundation. Marty's book, “An Illustrated Theory of Numbers” conveys scholarship in mathematics and its history in a new visual manner.  Connections between visualization and number theory can also be found in his 2019 work on the “Arithmetic of arithmetic Coxeter groups.”  His research can be found on his personal website. Photo Credit: Mark Longstreet