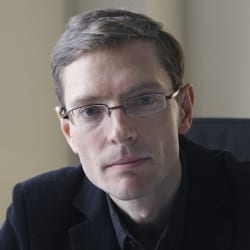 Martin Puchner is the Byron and Anita Wien Professor of Drama and of English and Comparative Literature at Harvard University, where he recently founded a program in theater, dance, and media. His books and anthologies range from philosophy to the arts, and include The Drama of Ideas: Platonic Provocations in Theater and Philosophy (winner of the Joe A. Callaway Award), Poetry of the Revolution: Marx, Manifestos, and the Avant-Gardes (winner of the MLA's James Russell Lowell Award) and Stage Fright: Modernism, Anti-Theatricality, and Drama. His best-selling Norton Anthology of World Literature and his HarvardX MOOC have brought 4000 years of literature to students across the globe. His forthcoming book, The Written World, tells the story of literature from the invention of writing to the Internet. He is currently at work on a book about Rotwelsch, a secret language based on Yiddish, Hebrew, and German that has haunted his family for three generations. It is called The Rotwelsch Inheritance: Biography of a Secret Language.