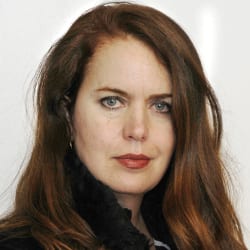 Photojournalist Mary F. Calvert is committed to using photography to affect meaningful social change and is known for producing work on under-reported and neglected gender based, human rights issues. Calvert believes that journalists have a duty to shine a light into the deepest recesses of the human experience and provide a mirror for society to examine itself.

For the past four years Mary has been focusing her journalistic attention on the continually under-reported relegation and abuse of women and men in the US Armed Forces. Her work “Sexual Assault in America’s Military” was awarded 1st Prize, Long Term Projects in the 2016 World Press Photo Contest and the next chapter of the project, “Prisoners of War: Male-on-male Sexual Assault in America’s Military” was awarded the 2016 Getty Images Grant in Editorial Photography.

“The Battle Within: Sexual Assault in America’s Military” has been awarded the 2015 and 2014 National Press Photographers Association, Cliff Edom New America Award and the 2013 Canon Female Photojournalist Award. The resulting work was featured in a solo exhibition at the 2014 Visa Pour L’Image, International Festival of Photojournalism in Perpignan, France and in 2016, was presented in evening projections at the same festival. In 2014 Calvert was the recipient of the Alexia Foundation Women’s Initiative Grant for her project “Missing in Action: Homeless Women Veterans,” and in 2015, she was awarded the W. Eugene Smith Memorial Fund Fellowship for her current project “Prisoners of War: Male-on-male Sexual Assault in America’s Military.”

She has won the Robert F. Kennedy Journalism Award twice and is a two-time Pulitzer Prize finalist in Feature Photography.