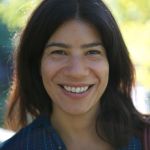 Maya Jasanoff is a Professor of History at Harvard University, where her teaching and research focus on the history of the British Empire.

She is the author of Edge of Empire: Lives, Culture, and Conquest in the East, 1750-1850 (Knopf, 2005), which investigates British expansion in India and Egypt through the lives of art collectors on imperial frontiers. It was awarded the 2005 Duff Cooper Prize and was a book-of-the-year selection in numerous publications, including the Economist, Observer, and Sunday Times. Her second book, Liberty’s Exiles: American Loyalists in the Revolutionary World (Knopf, 2011), provides the first global history of the loyalists who fled the United States after the American Revolution, and resettled in Canada, the Caribbean, Sierra Leone, and beyond. Liberty's Exiles won numerous distinctions including the 2012 National Book Critics Circle Award for Nonfiction, the George Washington Book Prize, and a Recognition of Excellence from the Cundill Prize in History; it was also shortlisted for the BBC Samuel Johnson Prize.

Jasanoff will spend her fellowship year researching a book on "The Worlds of Joseph Conrad," which uses Conrad's life and fiction to provide a transcontinental history of the world circa 1900. She participated in the 2012 "Room for London" project, as one of twelve writers invited to hold a residency in a boat-shaped installation modeled on Conrad's vessel in the Congo. Her essay based on the experience, "A River Passage," is forthcoming from Granta Books.

Jasanoff has been a fellow at the New York Public Library's Cullman Center for Scholars and Writers, an ACLS Charles A. Ryskamp Fellow, a Kluge Fellow at the Library of Congress, and a fellow of the MacDowell Colony. Her essays and reviews regularly appear in publications, including the New York Review of Books, Guardian, and New Republic.