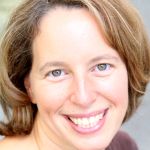 Meira Levinson is an associate professor at the Harvard Graduate School of Education.  A normative political philosopher by training, she draws upon scholarship from multiple disciplines as well as her eight years of experience teaching in the Atlanta and Boston public schools.  Her most recent book, No Citizen Left Behind (Harvard UP, 2012), shows how schools can help tackle a civic empowerment gap that is as shameful and antidemocratic as the academic achievement gap targeted by No Child Left Behind.  In 2013, it was awarded the Michael Harrington Award from the American Political Science Association, Exemplary Research in Social Studies Award from the National Council for the Social Studies, and Critics Choice Award from the American Educational Studies Association.  Levinson’s other publications include The Demands of Liberal Education (Oxford UP, 1999), the coauthored Democracy at Risk (Brookings Press, 2005), the co-edited Making Civics Count (Harvard Education Press, 2012), and over thirty scholarly and popular articles and book chapters, some of which can be accessed for free here. Levinson’s newest project on “Justice in Schools” combines philosophical analysis and school-based normative case studies to illuminate the complex dimensions of evaluating, achieving, and teaching justice in schools and school districts. The project is intended to give educators and policy makers tools for making just decisions in their own practice, and also to push political theorists to develop theories of justice that are robust enough to address complex school-based dilemmas.  This project, like her previous research, reflects Levinson’s commitment to achieving productive cross-fertilization—without loss of rigor—among scholarship, policy, and practice. As a Guggenheim Fellow, Levinson will begin drafting a book on Educational Justice that uses normative case studies to motivate and flesh out a nonideal theory of educational justice.  Areas of interest include the relationship between distributive and retributive justice in educational contexts, how justice theories can account for the malleability of children’s capacities in response to educational opportunities, how children learn justice through experiencing just and unjust practices in schools, and the challenge of enacting justice in profoundly unjust contexts. The book will also try to advance new methods in nonideal theory. Levinson earned a D.Phil. in political theory from Nuffield College, Oxford, and her B.A. in philosophy from Yale University.  She has been honored with grants and fellowships from the Spencer Foundation, Radcliffe Institute for Advanced Study, National Academy of Education, and Center for Information and Research on Civic Learning and Engagement (CIRCLE), among others.  She maintains an active policy-oriented agenda as a national leader in civic education, most recently serving as a writer for the National Council for the Social Studies’ newly released College, Career and Civic Life (C3) Framework for Social Studies State Standards. She lives with her husband and two daughters in Boston.