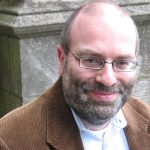 Fellow: Awarded 2011
Field of Study: History of Science and Technology

Michael D. Gordin is a professor of the history of science in the History Department at Princeton University, where he is also the Director of the Program in Russian and Eurasian Studies. He arrived at Princeton 2003, having earned his undergraduate and doctoral degrees at Harvard University, and completing a term as a Junior Fellow at the Harvard Society of Fellows.

Mr. Gordin began his research as a historian of chemistry in late Imperial Russia, research which culminated in his first book, A Well Ordered Thing: Dmitrii Mendeleev and the Shadow of the Periodic Table, published by Basic Books in 2004. This book used Mendeleev, most famous for his 1869 formulation of the periodic system of chemical elements, as a tracer through different spheres of Russian culture, each chapter focusing on a significant episode from his life and fleshing out the context to show how deeply Mendeleev’s science was embedded in the institutions and concerns of the Imperial capital of St. Petersburg. It remains the only book-length study of Mendeleev in English, and it is the first study in any language to extensively employ Mendeleev’s voluminous personal archives. The book was awarded the Roy G. Neville Prize in Bibliography or Biography from the Chemical Heritage Foundation in November 2007.

He then turned to the early history of nuclear weapons, writing two books about the various ways in which scientists, politicians, and military officials thought about nuclear weapons, both in the United States and the Soviet Union, before the meaning of those weapons stabilized into today’s recognizable form. The first of these books, Five Days in August: How World War II Became a Nuclear War, published by Princeton University Press in 2007, explored the use of atomic bombs on Japan, and how those weapons were integrated into American military strategy and subsequently came to be understood as revolutionary weapons. The second, Red Cloud at Dawn: Truman, Stalin, and the End of the Atomic Monopoly, published by Farrar, Straus & Giroux in 2009, traced the flows of information about nuclear weapons across the Iron Curtain in the late 1940s, with an emphasis on how the Americans and the Soviets learned about the scope of each other’s atomic programs.

Mr. Gordin recently completed two book projects: a collaborative history (with five authors) of the scope of “rationality” during the Cold War; and a history of debates over the boundaries between science and pseudoscience from 1950 to 1980, with a particular emphasis on the debates over the historical and cosmological theories of Immanuel Velikovsky. Both are slated to appear in 2012.

For the period of the 2011-2012 Guggenheim Fellowship, Mr. Gordin will pursue a new research project on the languages of science. Focusing specifically on chemistry over the last two hundred years, he is interested in investigating the transition from a polyglot scientific community (whose principal languages were English, French, and German) to a strikingly global monoglot science, which communicates almost entirely in English. He is particularly interested in the collapse of German as a language of chemistry, the rapid rise and gradual decline of Russian, and the artificial languages of Esperanto and Ido.