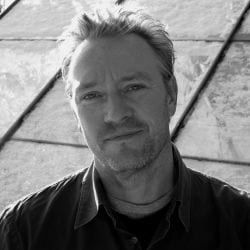 Michael Helm is the author of four novels, all national or international award finalists, as well as personal essays and writings on fiction, poetry, and visual arts. His first novel, The Projectionist, set in his native province of Saskatchewan, was a Giller Prize finalist. In the Place of Last Things, a North American road novel about grief, grace, and the dead authorities of the west and western culture, was a Globe and Mail Book of the Year and a finalist for the regional Commonwealth Prize, Best Book and the Rogers Writers' Trust Fiction Prize. Cities of Refuge addresses the role of the imagination in the making and commemoration of histories, global and personal. It was a finalist for the Rogers Writers' Trust Fiction Prize and a Globe and Mail Best Book. A novel in three parts, After James was named a Book of the Year by the Globe and Mail and Now magazine. It too was a finalist for the Rogers Writers' Trust Fiction Prize, whose jury called it "a warning, a lament, a virtuoso engagement with our times." His work has appeared in many anthologies and magazines, including Tin House, Literary Hub, The Millions, and Brick, where he serves as an editor. He is an Associate Professor of English at York University and lives in the semi-wild country west of Toronto.