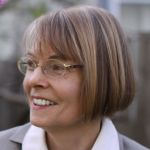 Michael Nylan has been fortunate in her teachers, beginning with her headmistress at the Shipley School for Girls in Bryn Mawr, Pennsylvania, Margaret Bailey Speer, who was head of Yenching Women's College before the Japanese occupation of Beijing.  Once in college, at the University of California, Berkeley, Nylan was lucky enough to acquire some sense of the Chinese "amateur ideal" under the tutelage of Berkeley's Joseph Levenson, a man who put his ideals into action in both the Free Speech and anti–Vietnam War movements.  Thanks to the foresight of David Abosch, in Japanese history, she was persuaded to try a year (which stretched into two) at Cambridge University, where Michael Loewe quickly communicated his love of classical Chinese, a language without number, gender, tense, case, or punctuation.  After Cambridge, Nathan Sivin, one of America's premier historians of science, sorted out many muddles, as did Nylan's fellow students from Taiwan and Andrew Plaks.  And as a young teacher at Bryn Mawr, Nylan benefitted from the mentorship of Steve Salkever, the Aristotle scholar, who had her think through cross-cultural comparisons.  And no one could be better to talk philosophy with than Henry Rosemont Jr. With these extraordinary teachers in heart, Michael Nylan has refused to specialize in a modern academic discipline.  Her single goal is to know well as possible the extant texts that her subjects knew in the Western and Eastern Han dynasties (the last two centuries B.C. and the first two centuries A.D.).  This goal has meant delving into several forms of historical inquiry (including gender studies and the social practices of manuscript culture), as well as archaeology and material culture, the assorted technical arts, rhetoric, and philosophy.   Her latest projects include completing with collaborators a readable translation of the Documents classic; seeing through a book describing the Western Han capital of Chang'an (forthcoming, summer 2014, from the University of Washington Press), a city that easily rivaled Augustan Rome halfway round the world; and finishing a book detailing the prevailing theories in early China about the sustaining pleasures—a celebration of the rituals, politics, and joys of moral integrity, sharing, seeing clearly, reading, intimate friendships, and going home.  What keeps her going is music and books and conversations with students and friends.