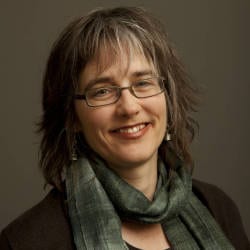 I am Professor of Comparative Literature at Dartmouth College, where I teach medieval studies, translation, and postcolonial theory. My first book, History on the Edge: Excalibur and the Borders of Britain, 1100-1300 (Minnesota, 2000), was one of the first works in medieval studies to engage with postcolonial theory, developing the concept of border writing to re-assess representations of ethnic identity. My second book, Creole Medievalism: Colonial France and Joseph Bédier’s Middle Ages (Minnesota, 2011), moved directly into the modern period to examine how imperialism shaped medieval studies in France from the nineteenth century through the twentieth. My scholarship on race, ethnicity, and colonialism has brought me meaningful opportunities for leadership beyond my discipline. In my previous position at the University of Miami, I served four years as Director of Graduate Studies for the PhD in Romance Languages. At Dartmouth, I have been honored to lead the Mellon Mays Undergraduate Fellowship for eight years and to contribute to a range of initiatives to increase faculty diversity.

The Guggenheim Fellowship will support completion of my third book, Lives of a Medieval Book in the Digital Dark Ages. This project investigates the production and reception of a single medieval manuscript across 800 years. The manuscript has passed from luxury status symbol to pawn in religious polemic to disparaged romance before being caught up in the dramas of twenty-first century digital culture. The catalyst for this lively history resides in Parker Library, Corpus Christi College, Cambridge and also on the digital platform Parker on the Web. The book contains a unique English translation of a French romance about the Holy Grail and King Arthur, initially created by a craftsman of the London Skinners’ Guild, Henry Lovelich. Lives of a Medieval Book brings together philology, media theory, information studies, and the digital humanities to expose the impact of the very infrastructure of research on our understandings of historical documents. The result is a literary history that accounts for the layering of text technologies—from scribes to print to photography to computer code.