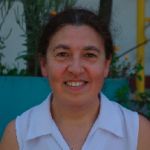 Dr. Mirta Aranguren got her B.Sc. degree in Chemical Engineering at the Universidad Nacional de Mar del Plata (Argentina) in 1980. She was awarded a CONICET fellowship and worked with Professors Roberto J.J. Williams and Julio Borrajo on thermoset polymers in the Polymer Division of the Instituto de Investigaciones en Ciencia y Tecnología de Materiales (INTEMA). In 1985 she moved to the United States to work on the rheology of filled silicone rubbers under the direction of Professor Christopher W. Macosko and obtained a Ph.D. degree from the Chemical Engineering Department at the University of Minnesota in 1990.

Soon after returning to Argentina, she became Professor at the Chemical Engineering Department of the Universidad Nacional de Mar del Plata and Science Researcher of the Consejo Nacional de Investigaciones Científicas y Técnicas (CONICET) in INTEMA. She continued her work in the area of modified thermosets and introduced in Argentina the research on vegetable reinforced polymer composites. Since then she has been working actively in this subject. She received international grants from the Third World Academy of Sciences (TWAS) in 1993 and 1998 and from the International Foundation for Sciences (IFS, Sweden) in 1992 and 1997. In 1996, she received the IFS/King Baudouin Award for excellence in scientific research.
Dr. Aranguren has maintained international colaborations with other research groups in Italy, Costa Rica, Hungary, Sweden, France (currently supported by an ECOS-SUD grant), and the U.S.(currently supported by the Ministry of Science and Technology of Argentina and the Guggenheim Foundation).

During the last five years she has been dedicated to investigating the use of cellulose nanocrystals as reinforcement of polymers. In 2006, she established a collaboration with Professor María L. Auad (Auburn University) to study the effect of the addition of the nanocrystals in shape memory polyurethanes. This collaboration will continue and focus on attaching a conductive polymer to the cellulose and orienting the nanocrystals to obtain nanocomposite films of tailored properties.