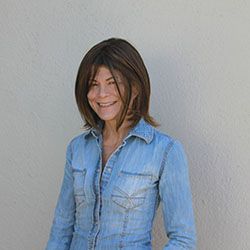 Miyoshi Barosh was a conceptual artist working in diverse media with an interest in the socio-political underpinnings of American culture. Based in Los Angeles, Barosh exhibited new work at the 2015 COLA (City of Los Angeles) Individual Artist Fellowship Exhibition at the Los Angeles Municipal Art Gallery. Her last solo gallery exhibition, FEEL BETTER, at Luis De Jesus Los Angeles, was featured in Artbound, KCET’s culture blog, in January 2014. The title work, FEEL BETTER, was also the subject of a BOMB magazine Artist-on-Artist piece published in the 2013 fall issue. Other recent exhibitions include Body Conscious: Southern California Fiber at the Craft in America Center, Women, War, and Industry at the San Diego Museum of Art, and The Small Loop Show at the Fellows of Contemporary Art in Los Angeles. After receiving a BFA in painting at Rhode Island School of Design, she moved to New York, where she became the first Managing Editor of BOMB magazine. Upon receiving a Masters of Fine Art from the California Institute of the Arts, Barosh became involved with A.R.T. Press, publishing and editing her own arts journal, Now Time, as well as becoming involved in the artist collaborative, Project X. She is participating in the Spring 2015 Project X forums in Los Angeles. She was an artist-in-residence at the Pilchuck School of Glass as well as the first artist-in-residence at the New Children’s Museum in San Diego.   Obituary