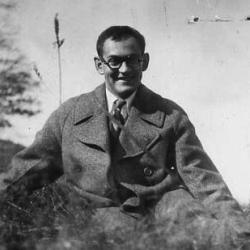 Ezekiel, Mordecai Joseph Brill:  Appointed to study the methods used in leading European governments in regulating, directing, or controlling economic activity, and to determine the relative effectiveness of the methods used in directing various types of industries; tenure, twelve months from September 1, 1930.