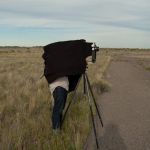 Pablo Cabado was born in Buenos Aires, Argentina.  At the age of seventeen, he moved with his family to Mexico City. There he studied photography at the Escuela Activa de Fotografia (Active School of Photography) and the Consejo Mexicano de Fotographia (Mexican Council of Photography), where he attended the Taller de los Lunes coordinated by Pedro Meyer.

Although he spent several months in France in 1992 as part of the Agence Vu, for most of the time between 1990 and 1997 he was working on his project about Cuba, travelling there frequently for extended stays in Havana. This project resulted in the publication of his first book, Illustratives, Cuba the 90s, published by Ed. La Marca in 1998.

His work has been shown in one-person and group exhibitions in the U.S., France, Italy, Spain, Cuba, Mexico, and Argentina, among other countries.  In 1989 he received the Young Photographer of the Year award from the International Center of Photography (ICP) in New York City.  In addition to his Guggenheim Fellowship, his other honors include ICP's Infinity Award; the Mother Jones Documentary Photography Award; the Gran Premio de Honor del Salon Nacional de Artes Visuales (Argentina, 2000); and grants from Argentina's Fundación Antorchas (1994) and Fondo Nacional de las Artes (1999).

Pablo Cabado now lives and works in Argentina.  He photographs with a large-format camera (8 x 10" and 4 x 5") and travels in his old 1971 Ford Falcon.