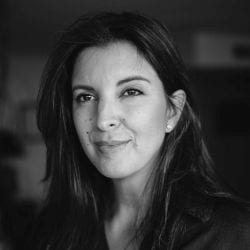 Patricia Engel is the author of three books. Her most recent novel, The Veins of the Ocean, won the 2017 Dayton Literary Peace Prize and was named a New York Times Editors’ Choice and a San Francisco Chronicle Best Book of the Year. Her novel, It’s Not Love, It’s Just Paris, won the International Latino Book Award, and her debut, Vida, was a finalist for the PEN/Hemingway Fiction Award, the Young Lions Fiction Award, and named a New York Times Notable Book of the Year. For Vida, Patricia was the first woman to be awarded Colombia’s national prize in literature, the 2017 Premio Biblioteca de Narrativa Colombiana. Her books have been translated into many languages and her short fiction has appeared widely, anthologized in The Best American Short Stories, The Best American Mystery Stories, and elsewhere. She has been the recipient of fellowships from the National Endowment for the Arts and the Florida Division of Cultural Affairs, among others. Born to Colombian parents, Patricia is a graduate of NYU and earned her MFA at Florida International University. She is currently a Visiting Professor of Creative Writing at the University of Miami.