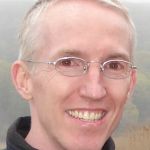 He has delivered the University of Delaware Colburn Memorial Lecture, the University of Notre Dame Thiele Lecture, and the Van Ness Lectures at Rensselaer Polytechnic Institute. In 2003 he won a NSF-CAREER award for his work on DNA electrophoresis in microfabricated devices. In 2008 he won the Pioneers of Miniaturization Prize from Lab on a Chip Journal, Royal Society of Chemistry and Corning Inc. for his work on developing flow lithography for the production of complex functional microparticles. Most recently, he was awarded the Mayant-Rothschild Fellowship from the Institute Curie to explore applications of his new microfluidic technologies for cancer theranostics.