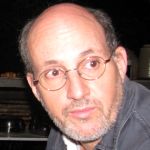 Born in Caracas, Venezuela, on December 7, 1959, to a French father and American mother, Paul Desenne began composition studies at the age of 14 under Greek composer Iannis Ioannidis. As a cellist, he became a founding member of the Simón Bolívar Youth Orchestra in 1977. He moved to Paris, turning down the opportunity to prepare for philosophy studies at l’Ecole Normale Supérieure, and studied cello with Michel Strauss and Philippe Muller; composition with Marc-Olivier Dupin (later director of the Conservatoire Supérieur de Paris), and Luc Ferrari; mediaeval music with Marc Robert; chamber music with Gérard Caussé, Alain Meunier, Jean Mouillère, and Maurice Bourgue; and baroque music with William Christie. He won first prize in cello performance at the Conservatoire National de Région de Boulogne Billancourt, and first prize in cello performance at the Conservatoire National Supérieur de Paris—the dean of the jury was the great Pierre Fournier.

In Paris, he began to compose his first concert works, and performed classical and tango music as well as adapting the elaborate musical figures and ideas of popular South American music to chamber formats with musicians from Argentina, Venezuela, Colombia, and the Caribbean. Returning to Caracas in 1986, he performed with the Simón Bolívar Symphonic Orchestra for four years and taught cello performance and chamber music studies at the Simón Bolívar Conservatory, where he was head of its strings department. He performed classical works and contemporary Latin American music, including his own compositions, throughout the Americas and in Europe, with appearances at the Barbican Centre in London, Weill Recital Hall in New York, Festival de Montpellier in France, Festival Cervantino in Mexico, and others.

His work was lauded in the New York Times as "immediately striking . . . bright, freewheeling and sophisticated” and as "marvelously alive to the worlds of colors and glints and shimmers that instruments in combination are waiting to have loosed from them" by the Boston Globe.

In 2002-04 he created a weekly political satire for radio, which aired in Caracas for twenty-five weeks. He has published satirical essays in Colombia’s renowned magazine Revista Número.