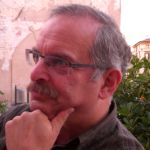 My Guggenheim Fellowship in 1982 allowed me to do major work on what became my second book, Kant and the Claims of Knowledge (1987), a study of Kant's Critique of Pure Reason that followed my first book, Kant and the Claims of Taste (1979), a study of Kant's aesthetics. Both of those subjects have remained among my interests, and in subsequent years I have published numerous papers and volumes on Kant's practical (moral and political) philosophy as well. Kant and the Experience of Freedom (1993) is a collection of my essays primarily on Kant's aesthetics, as is Values of Beauty: Historical Essays in Aesthetics (2005). Kant on Freedom, Law, and Happiness focuses on Kant's moral and political philosophy. Kant's System of Nature and Freedom (2005) consists of essays on both theoretical and practical philosophy, and Kant (2006) is a synoptic work on all of Kant's philosophy. Knowledge, Reason, and Taste (2008) focuses on Kant's relation to David Hume. A study of Kant's Groundwork on the Metaphysics of Morals appeared in 2007. In addition to these monographs and volumes of my own papers, I have edited half a dozen multi-author collections, including three volumes in the Cambridge Companions series on Kant (1992, 2006, 2010), and have co-authored translations of Kant's Critique of Pure Reason, Critique of the Power of Judgment, and Notes and Fragments for the Cambridge Edition of the Works of Immanuel Kant, of which I am Co-General Editor. My major recent project has been a history of modern philosophical aesthetics, 1709-2007, the first draft of which was completed in August 2010, and which now needs to be revised and edited for publication. I continue to work on many topics in Kant, but particularly his practical philosophy, and plan next a book on the reception and impact of Kant's moral philosophy from Reinhold to Rawls and beyond.

His highly regarded and very influential researches on Immanuel Kant have earned him two NEH Fellowships, a term as Laurance S. Rockefeller Fellow at Princeton’s University Center for Values, and an Alexander von Humboldt Foundation Research Prize. He was elected a Fellow of the American Academy of Arts and Sciences in 1999, and is the President Elect of both the Eastern Division of the American Philosophical Association (2011-12) and the American Society for Aesthetics (2011-13).