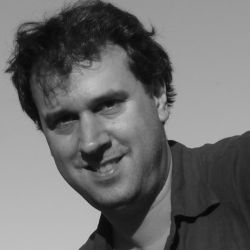 I received my Ph.D. at Princeton University, writing a thesis in gauge theory under the supervision of John Morgan. After graduating, I had an NSF Postdoctoral Fellowship, spending time as a postdoctoral fellow at Caltech, Max-Planck Institut, MIT, and MSRI. Later, I spent two years at the Institute for Advanced Study in Princeton, and also two years as an Assistant Professor at Princeton University. I have held faculty positions at Michigan State University and the University of California, Berkeley, and am presently a professor at the Columbia University Department of Mathematics.


My career began as a mathematical gauge theorist, applying techniques from mathematical physics to problems in low-dimensional topology. Inspired by methods from gauge theory, Zoltán Szabó and I devised in 2000 a more geometric way of studying these same problems. The resulting invariant we constructed, Heegaard Floer homology, is more geometric and easier to work with than its predecessors. In particular, the constructions generalized readily (in joint work with Mr. Szabó and also independently by Jake Rasmussen) to give an invariant for knots, which goes beyond the gauge-theoretic origins of the theory. Heegaard Floer homology has since evolved into a useful tool for studying problems in knot theory and three-manifold topology.


My awards include three AMS featured reviews (in 1998, 2001, and 2004, respectively), an Alfred P. Sloan Research Fellowship (awarded in 2000), and several NSF grants (awarded for the periods 1999-2002, 2002-05, 2006-08, and also an NSF Focused Research Grant joint with Yasha Eliashberg, John Etnyre, Tomasz Mrowka, Ron Stern, and Zoltán Szabó for 2003-06). In the summer of 2006, I gave a lecture in the Topology section at the ICM jointly with Zoltán Szabó. In January of 2007, I was awarded the American Mathematical Society’s Oswald Veblen Prize in Geometry, with co-recipients Peter Kroneheimer, Tomasz Mrowka, and Zoltán Szabó. I am on the editorial board of the American Journal of Mathematics and Geometry & Topology.