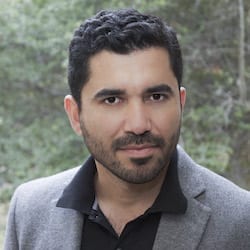 I am a literary and intellectual historian working in Latinx studies. I situate this history in the eighteenth and nineteenth-century-American hemispheric and trans-Atlantic movements of peoples, manuscripts, and printed documents in order to track the circulation of intellectual currents. Latinx in this context refers less to an identity as it does to the intersection of these intellectual histories, at times best represented by Catholic and Protestant lineages and at others by Spanish-American and Anglo-American, each with their own vexed and complicated histories.

My current project is on the history of the Latinx self from the 1780s to the 1870s. It takes the history of reason and education, the language of political rights, the emergence of a print public sphere, and the language of interiority as the framework for thinking of the Latinx self. Contrary to dominant historical narratives of the self--with their origin in Cartesian subjectivity and the Protestant Reformation, the Latinx world held fast to spiritual and political concepts of community, seemingly rejecting individualism in favor of the communal. The book will expand how we think of interiority and the experience of fullness, not to reject individualism but to resituate the self in the communal. See my Faculty page at Berkeley here.