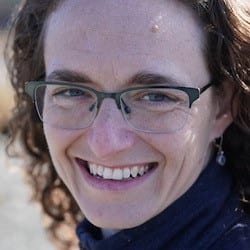 Rebecca Saxe is a cognitive neuroscientist at MIT. The core of her research concerns how people think about people, combining measures of human behaviour, computational models, and human brain imaging. Her 2009 TED talk has been viewed over 3 million times. Recently, she has begun to study development of brain function in human infants. Alongside this scientific project, she adapted the MRI protocols to make an image of a Mother and Child in MRI. This image was first published in Smithsonian Magazine, and has since become iconic. She is Canadian, born and raised in Toronto. Photo Credit: Allan Adams