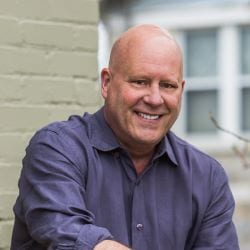 Robert Ford Campany, professor of Asian Studies at Vanderbilt University, is a historian of religion and culture in medieval China. Before coming to Vanderbilt, he taught at the University of Southern California and Indiana University. Campany has published six books and numerous articles on many aspects of Daoist, Buddhist, and popular religious texts and practice. His Making Transcendents: Ascetics and Social Memory in Early Medieval China (2009), uncovering the processes by which practitioners of occult arts came to be recognized as such by other people, won the American Academy of Religion Award for Excellence in the Study of Religion. His research has been generously supported by the Chiang Ching-kuo Foundation, the National Endowment for the Humanities, the American Council of Learned Societies, the Charlotte W. Newcombe Foundation, and the Henry Luce Foundation. Campany teaches on topics ranging from Daoism and Buddhism to religion and food, holy persons in comparative perspective, religion and narrative, the living and the dead, and the history of the cross-cultural study of religion. During the fellowship year he will write a book exploring the roles dreams played in religious disciplines of self-cultivation in late classical and medieval China. Photo Credit: Elisenda Simmons