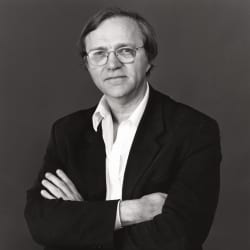 Robert Storr is a painter, art writer and curator who has been active since the late 1970s though his formative encounters with art and artists began in the late 1960s. Among the most prolific and wide-ranging critics of his generation internationally he has written regularly for periodicals in France, Italy, Switzerland and the US as well as for museum and gallery exhibition catalogs around the world. The author of four monographs on Gerhard Richter, two on Chuck Close, one each on Louise Bourgeois, Philip Guston and Ad Reinhardt, he has also written major essays devoted to artists as varied as Willem de Kooning, El Anatsui, Leon Golub, Jasper Johns, Ilya and Emilia Kabakov, Seydou Keita, Alex Katz, Sol LeWitt, Robert Mangold, Kerry James Marshall, Andrei Monastyrsky, Bruce Nauman, Jim Nutt, Jose Clemente Orozco, Jackson Pollock, Philip Pearlstein, Adrian Piper, Martin Puryear, Susan Rothenberg, Robert Ryman, Peter Saul, Nancy Spero, Felix Gonzalez-Torres and Kara Walker. As a critic his goal has been to look closely and think carefully about what artists actually make. As an historian it has been to flesh out the narrow accounts of “modernism” that had stood in the way of grasping the culturally broad, aesthetically pluralist and ideologically contentious nature of artistic creation in the modern era.

From 1990 until 2002, when he stepped down as Senior Curator, Storr was on the staff off the Museum of Modern Art in New York where he directed the Projects series and organized retrospectives of the work of Close, Max Beckmann, Elizabeth Murray, Ryman, and Tony Smith, as well as surveys of contemporary installation art, the modern grotesque and other themes and tendencies. Named the first Rosalie Solow Professor of Modern Art and the Institute of Fine Arts, NYU in 2002, in 2006 he moved to Yale University where he has been Dean of the School of Art and a Professor of Painting since then. Between 2005 and 2007 he served as the first American-born Director of the Biennale di Venezia. The recipient of numerous awards for his criticism and curatorial work he has also received the medals of Chevalier and then Officier des Arts et des Lettres from the French Ministry of Culture. His prints and drawings are in the collections of MoMA, the Nelson-Atkins Museum and the Yale University Art Gallery, among others.