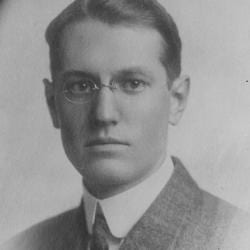 Chapman, Royal Norton: Appointed to make an investigation of the biotic potential of insects as a method of expressing the relation of the abundance of insects, particularly destructive species, to changing environmental conditions, principally with Dr. W. R. Thompson, at the European Parasite Laboratory, Le Mont Fenouillet, Hyères, France, and with Dr. A. D. Imms, at the Rothemstead Experiment Station, England; tenure, twelve months from July 15, 1926.