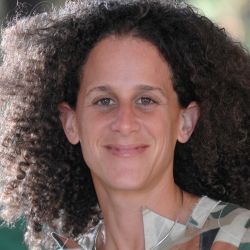 A scholar of modern Jewries, Sarah Abrevaya Stein seeks to write locally but think globally, exploring how modern Jewish lives have been shaped in tandem with the regional, national, colonial, and trans-continental matrices in which Jews have always been enmeshed. Her scholarship reaches across the Ladino-speaking, Yiddish-speaking, Anglophone, Arabophone, and Francophone diasporas—spanning Eastern and Southeastern Europe, Western Europe and the United States, North and South Africa, the Middle East, and Asia—and, in this, is distinctive among scholars of Jewish culture.

Stein currently serves as Professor of History, Maurice Amado Chair in Sephardic Studies, and Vice Chair of the Department of History at the University of California, Los Angeles. An elected member of the American Academy for Jewish Research and recipient of multiple fellowships from the National Endowment for the Humanities (among other granting agencies), her books and articles have received significant honors and awards.

Stein’s books include Extraterritorial Dreams: European Citizenship, Ottoman Jews, and the Calamitous Twentieth Century (University of Chicago Press, forthcoming) which explores Ottoman Jewish encounters with evolving legal systems that accompanied the dismantling, persistence, and transformation of empires across the globe and which took shape as the early modern Ottoman capitulatory system gave way to the modern passport regime. Saharan Jews and the Fate of French Algeria (University of Chicago Press, 2014), asks why the Jews of Algeria’s south—in contrast to the Jews of Algeria’s north—were marginalized over eighty years of French colonial rule, considers how Jews negotiated the sometimes brutal results, and explores reverberations of this history in the postcolonial era. Plumes: Ostrich Feathers, Jews, and a Lost World of Global Commerce (Yale University Press, 2008), winner of the 2010 Sami Rohr Prize for Jewish Literature, exposes the prominence of Jews in the trade of a single highly-valued commodity that linked South Africa, North Africa, the Mediterranean Basin, Europe and the United States in the modern period—and depicts how Jews weathered the ostrich feather boom and bust, fostering and nurturing the ostrich feather industry at all levels and stages and over the varied geographical and political terrains in which plumes were reared, plucked, sorted, exported, imported, auctioned, wholesaled, and manufactured for sale. Finally, Making Jews Modern: the Yiddish and Ladino Press in the Russian and Ottoman Empires (Indiana University Press, 2004), winner of the 2004 Salo Wittmayer Baron Prize in Jewish Studies, focuses upon the myriad ways in which modernity was discussed, defined, and experienced by Jews in the European regions of the Russian and Ottoman Empires in the late nineteenth and early twentieth century by exploring the texts most widely consumed by turn-of-the-century Russian and Ottoman Jewish readers: the popular press in the Jewish vernacular languages of Yiddish and Ladino (respectively).

With the support of a 2015 Guggenheim Fellowship, Stein will work on Family Papers: A Sephardi Journey Through the Twentieth Century. This book will undertake a voyage through the intertwined histories of a single family, Sephardi Jewry, and the dramatic ruptures that transformed southeastern Europe and the Judeo-Spanish diaspora. This study will also trace the history of a collection, reflecting on how one family archive came to be built and preserved, and how it knit together a family even as the historic Sephardi heartland of southeastern Europe was unraveling.