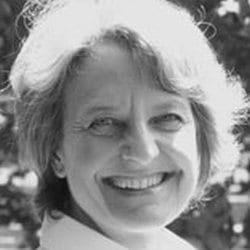 Wolf's Guggenheim project, Beyond Broadway: Four Seasons of Amateur Musical Theatre in the U.S. (forthcoming from Oxford University Press), is a historical and empathetic ethnographic study of amateur musical theatre and the institutions and corporations that support and profit from amateur art-making across the US. The book argues that musical theatre is sustained not by Broadway but by countless amateur productions nationwide at community theatres, high schools, afterschool programs, and summer camps. It explores how amateur musical theatre enables individual expressiveness, creates community, and contributes to a national artistic culture through face-to-face, local practices. The book considers these questions, among others: Why is amateur musical theatre ubiquitous across race, class, and region? Why does musical theatre—a live, local performance form—flourish in the era of Instagram and YouTube? What does it mean for participants, audience, communities, and Broadway?

Several articles based on Wolf’s research are forthcoming: “’The Hills Are Alive with the Sound of Music’: Musical Theatre at Girls’ Jewish Summer Camps in Maine, USA” in Contemporary Theatre Review; “Broadway Junior,” which studies middle-school-age students who participate in the annual Junior Theatre Festival, in the essay collection Childhood and the Child in Musical Theatre; and “Not Only on Broadway: Disney Junior Across the US,” which examines the Disney Theatrical Group’s licensing and philanthropic projects in elementary schools, in the essay collection The Disney Musical: Stage, Screen, and Beyond.

In addition to the book project, Wolf is currently working on several articles about the blockbuster musical, Hamilton, and its representation of gender (developed from the blog post, The Feminist Spectator). Her article “’Happy to Keep His Dinner Warm’: 1960s Broadway Musical Housewives in the Decade of Betty Friedan” is forthcoming in the edited collection 1960s Stages. Her work has been supported by a Harry Starr Fellowship in Judaica at Harvard University and a Bogliasco Foundation Fellowship.

Wolf is Professor of Theater, Director of the Program in Music Theater, and Director of the Princeton Arts Fellows at Princeton University, where she is affiliated with the Programs in American Studies, Gender and Sexuality Studies, Jewish Studies, and the English Department. She teaches courses on gender and race in the American Musical, on the musicals of Stephen Sondheim, and on performance studies.