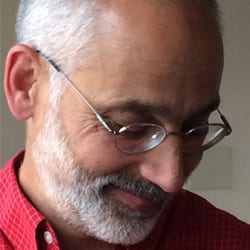 My work uses varied imagery - from cartoon to pure textural abstraction - along with unusual editing techniques and carefully structured sound design, to share a deeply personal aesthetic experience with viewers. The structure of my work is concentrated and condensed. I use intuition, associative thinking, metaphor, the poetry of color, mark-making, and texture as my primary tools. For me, animation transforms thought and emotion into images and sounds. My films have explored non-objective imagery, stories with unusual characters, and actual historical events. While covering a wide territory of content, I work to create my own language of animation forms.

I have taught at numerous institutions, including Harvard University and Rhode Island School of Design. As a teacher/filmmaker, I am frequently invited as a lecturer and critic. I have also written a book about independent animated film production.