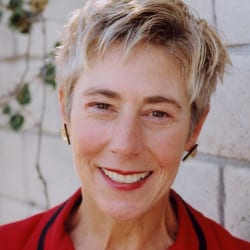 Greenhalgh’s work seeks to understand the emergence of new forms of scientific governance in the context of rapid shifts in global and local political economies. Inspired by Foucault’s bold proposition on biopower – that the body is the central domain of politics and power in the modern era — her work illuminates hidden fields of “vital politics” and shows why an in-depth understanding of modern science is essential to unraveling power’s workings and often unjust effects. Her research has focused on three fields of bodily governance: the management of populations, clinical biomedicine, and global health.

From the mid-1990s until around 2010 Greenhalgh’s central concern was to understand Chinese projects of social modernity – state efforts to transform China’s “backward masses” into the modern workers and citizens needed to make China a prosperous, globally prominent nation – and their effects on China’s society, culture, and politics. Her interest in the politics of population emerged in the mid-1980s, when, as a newly minted research associate of the Population Council, she became deeply engaged with the Cold War-esque (“evil empire”) critique of coercion in China’s population control policy.

Three books written between 2000 and 2010 ask different questions about the governance of China’s society. Just One Child: Science and Policy in Deng’s China (2008) uncovers the origins of the notorious one-child policy in early reform-era population science and politics. Governing China’s Population: From Leninist to Neoliberal Biopolitics (2005, with political scientist Edwin A. Winckler) traces the “governmentalization” of China’s population – how since around 1980 population has been brought under rationalized control – and the attending rise of a vast new field of vital politics involving power over the production and cultivation of life itself. Cultivating Global Citizens: Population in the Rise of China (2010) traces the connections between the state’s massive project to govern its population and foster its society, and the nation’s rise to global power.

Just One Child took the top book prizes in China studies and science studies in 2010. It was awarded the Joseph Levenson Prize of the Association for Asian Studies for the best book on post-1900 China and the Rachel Carson Prize of the Society for the Social Study of Science (4S) for the best book in science studies with sociopolitical relevance. It received Honorable Mention in the 2010 Senior Book Prize of the American Ethnological Society, and the 2009 Gregory Bateson Book Prize of the Society for Cultural Anthropology. This body of work has been recognized by two career achievement awards, the 2002 Clifford C. Clogg award from the Population Association of America, and the 2011 Olivia Schlieffelin Nordberg Award, as well as major research grants and fellowships from the National Science Foundation, the Open Society Institute, and the John D. and Catherine T. MacArthur Foundation.

Greenhalgh’s current work – on the U.S. and global “obesity epidemic” – was born in a classroom on the leafy campus of University of California, Irvine, located in the very epicenter of the national cult of the thin, fit body. In Fat-talk Nation: The Human Costs of America’s War on Fat (2015), she draws on the narratives of young Californians – her former students – to uncover the hidden effects of what began as a public health campaign but soon mushroomed into a society-wide war on fat. The book illuminates how the fight against fat seeks to create a new kind of thin, fit biocitizen, and how it conscripts other subjects – the good doctor, the good parent, the good teacher, the good coach – into the campaign. Fat-talk Nation shows how the war on fat has produced a generation of young people who are obsessed with their bodies and whose most fundamental sense of self comes from their size. It argues that attempts to rescue America from obesity-induced national decline are damaging the bodily and emotional health of young people and disrupting families and intimate relationships. The book’s core concepts (biocitizen, biomyth, biopedagogy, bioabuse, biocop) offer powerful tools for understanding how obesity has come to remake who we are as a nation, and how we might reverse course for the next generation. In April 2016 Greenhalgh was named Harvard University Walter Channing Cabot Fellow for the year in recognition of this work.

Obesity, of course, is not just an American problem; according to the WHO, it is now the greatest public health threat facing the world in the 21st century. Since 2013 Greenhalgh has turned her attention to global health, asking how the notion that China faces an urgent epidemic of obesity arose and why it matters. Inspired by a brilliant history of the corporate invention of chronic disease in the late 20th century U.S., in China she is tracing the historical making of a science and policy of obesity, asking what kinds of public-private partnerships have been operating and, more generally, what it means to say that the chronic diseases of modern life are first and foremost markets. This project has been supported by grants from the National Science Foundation (STS Program, 2011-15), the Wenner-Gren Foundation for Anthropological Research (2012-13), and Harvard’s Asia Center (2014-16). She will be writing a book on this research during her tenure as a Guggenheim Fellow.