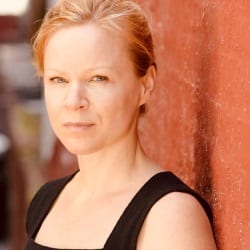 Susanna Schellenberg is Professor of Philosophy and Cognitive Science at Rutgers University. Her main research interests are in philosophy of mind, AI, neuroscience, and epistemology. The topics she has tackled include perception, consciousness, evidence, biased algorithms, mental capacities, representational content, and imagination. In a series of papers culminating in her book The Unity of Perception: Content, Consciousness, Evidence (Oxford University Press, 2018), she has developed an integrated theory of perception that is sensitive to evidence from neuroscience, cognitive psychology, and psychophysics. Perceptual content, consciousness, and evidence—three key features of perception—are each analyzed in terms of one fundamental property: the employment of perceptual capacities. In grounding consciousness, evidence, and content in the physical world, Schellenberg shows that these features of the mind are no less amenable to scientific investigation than any other features of the world. This physicalist view explains how perception is our key to the world while situating perception within that world in all its beauty and complexity. Her current research is focused on issues at the intersection of AI, neuroscience, and philosophy funded by a Mellon New Directions Fellowship. She is working on a project on biased algorithms in AI as well as a book on the neural basis of perception.