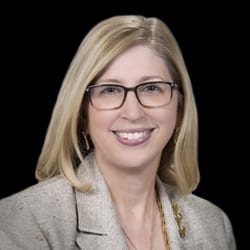 Teresa K. Woodruff, Ph.D. is the Thomas J. Watkins Professor of Obstetrics & Gynecology, the Vice Chair of Research (OB/GYN), the Chief of the Division of Reproductive Science in Medicine, Feinberg School of Medicine and Professor of Molecular Biosciences at the Weinberg College of Arts and Sciences at Northwestern University. She is an internationally recognized expert in endocrinology and ovarian biology. She has made and continues to make lasting contributions to the fields of reproductive science and medicine. She was the first to clone the key endocrine hormone inhibin. In 2006, she coined the term “oncofertility” to describe the merging fields of oncology and fertility, and she revolutionized the science of fertility preservation with new ways to grow ovarian follicles in culture. In 2010, Dr. Woodruff - in collaboration with her husband Dr. Thomas O’Halloran - made the paradigm shifting discovery that zinc regulates keep aspects of mammalian reproduction, including meiosis, fertilization, and early embryo development. She has published over 300 peer-reviewed original research papers, editorials, and reviews. She has also authored and edited several books on Oncofertility.

Through the John Simon Guggenheim Memorial Foundation Fellowship she will generate an unprecedented view of germs cells across the globe - from ocean corals to humans. In her project, entitled the Global Germ Cell Metallome, she will interrogate and catalogue the metal content and dynamics that comprise the inorganic signature of life in species that inhabit the most diverse corners of our world.

In addition to the Guggenheim award she was awarded the U.S. Presidential Award for Excellence in Science Mentoring (2011), which was presented by President Obama in an Oval Office Ceremony for her work with girls from high schools throughout the city of Chicago. She delivered the commencement address at Olivet Nazarene University (2012) and received honorary degrees from Bates College in Lewiston MA (2012) and the University of Birmingham School of Medicine, UK and delivered the commencement address at each University. She served as the President of the Endocrine Society from 2013-2014 and is an elected Fellow of the American Association for the Advancement of Science (2006) and the College of Fellows of the American Institute for Medical Biological Engineering (2017). She is civically active and is an elected member of The Economic Club of Chicago and served on the school board of the Chicago-based Young Women’s Leadership Charter School. In 2013 she was named to Time magazine’s ‘Most Influential Persons’ list. Follow this link to view other career highlights and honors.