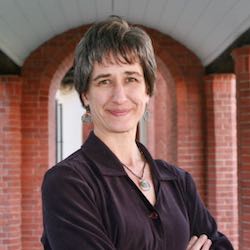 Tisa Wenger is Associate Professor of American Religious History at Yale Divinity School, with secondary appointments in Religious Studies and American Studies at Yale. Wenger’s current project, “How Settler Colonialism Made American Religion,” focuses on the Great Lakes and Missouri-Kansas borderlands of the early nineteenth century. She coins the term “settler secularism” to better understand how white settlers defined and governed religion and how Indigenous and other minoritized peoples maneuvered within and beyond this frame.

Wenger earned her Ph.D. at Princeton University in 2002, held a postdoctoral fellowship at Southern Methodist University’s Clements Center for Southwest Studies, and taught for five years at Arizona State University before coming to Yale. She is the author of We Have a Religion: The 1920s Pueblo Indian Dance Controversy and American Religious Freedom (University of North Carolina Press, 2009) and Religious Freedom: The Contested History of an American Ideal (University of North Carolina Press, 2017). With Sylvester Johnson, she is co-editor of On Imperial Grounds: New Histories of Religion and U.S. Empire, now under contract with NYU Press. Wenger also co-edits a book series, Studies in US Religion, Law, and Politics, for the University Press of Kansas.