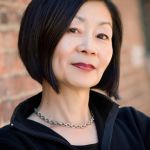 Tomoko Masuzawa is Professor of History and Comparative Literature at the University of Michigan. Her primary research area is the history of modern European discourses on religion, with a special interest in academic and secular discourses. Her principal publications include In Search of Dreamtime: the Quest for the Origin of Religion (1993) and The Invention of World Religions: Or How European Universalism Was Preserved in the Language of Pluralism (2005), both published by the University of Chicago Press. She holds an M.A. in Philosophy of Religion from Yale University and a Ph.D. in Religious Studies from the University of California, Santa Barbara. She previously taught at the University of North Carolina, Chapel Hill, in the Department of Religious Studies. During the academic year 2010-2011, she will be a member of the Institute for Advanced Study (Princeton), participating in the Secularism Seminar at the School of Social Science.

Her current research project, Promise of the Secular: William Robertson Smith and the Historical Constitution of Biblical Studies, examines the legacy of the nineteenth-century biblical scholar. In 1875, then a young professor of Hebrew at the University of Aberdeen, Smith published an encyclopedia entry, entitled “Bible,” which immediately became controversial. Soon thereafter the Free Church of Scotland put him on trial for heresy. Although his opponents could not establish either his heresy or his impiety in the tribunal, he was removed from his professorial chair by means of an administrative action, orchestrated by the church leaders who were deeply concerned about the implications of his scholarship. Smith went on to become the editor of the celebrated ninth edition of the Encyclopaedia Britannica, and ended his short life as professor of Arabic at the University of Cambridge. This project investigates how this once internationally famous but now largely forgotten heresy trial presaged, encouraged, and finally came to exemplify the advent of academic secularity, particularly as it pertains to the study of religion.