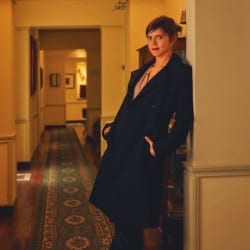 Valeria Luiselli is the author of the award-winning novels The Story of My Teeth (2015) and Faces in the Crowd (2013), and the books of essays Sidewalks (2013) and Tell Me How It Ends (2017).  Her most recent novel, Lost Children Archive (Knopf), won the 2020 Carnegie Medal for Excellence in Fiction, the American Academy for Arts and Letters' Rosenthal Family Foundation Award, and the Folio Prize. It was a finalist for the Kirkus Prize, the NBCC award, and was longlisted for the Booker Prize and the Women's Prize for Fiction. Luiselli received the 2020 Vilcek Prize for Creative Promise in Literature, and is the recipient of a MacArthur “Genius” Fellowship. Her literary work has been translated to over 20 languages and has appeared in publications such as the New York Times, New Yorker, Granta, and Harper's. Luiselli has worked as a volunteer translator in the Federal Immigration court, translating testimonies of asylum-seeking undocumented minors, and conducted creative writing workshops in a detention center for undocumented minors. She teaches in Bard College and is working on a sound piece about violence against land and bodies in the borderlands. Photo Credit: Ram Martinez