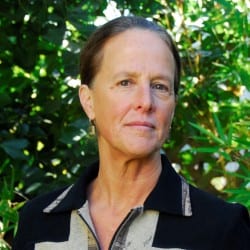 Wendy Brown is Class of 1936 First Chair in the Department of Political Science at the University of California Berkeley where she is also affiliated with the interdisciplinary graduate program in Critical Theory. Brown received her BA in Politics and Economics from the University of California, Santa Cruz, and her Ph.D in Political Philosophy from Princeton University. She has held recent visiting appointments at the European Graduate School, the London School of Economics, Cornell University, Columbia University and the Critical Theory Summer School at the University of London, Birkbeck. A dedicated teacher of graduate and undergraduate students, she received a Distinguished Teaching Award at UC Berkeley in 2016.

In her research, Brown draws from the history of Western political thought, political economy, and recent Continental thought to illuminate contemporary predicaments of power, freedom and democracy. Her most recent book is Undoing the Demos: Neoliberalism’s Stealth Revolution (2015), which theorizes neoliberalism’s corrosion of democratic values, practices, institutions and imaginaries, and generation of anti-democratic political formations. She has also probed contemporary conundrums of political sovereignty (Walled States, Waning Sovereignty, 2010), tolerance (Regulating Aversion: Tolerance in the Age of Identity and Empire, 2007), critique (Edgework, 2004), progress (Politics Out of History, 2001), identity and freedom (States of Injury: Power and Freedom in Late Modernity) and masculinist formations of politics (Manhood and Politics: A Feminist Reading in Western Political Thought, 1988). In addition to her single-authored books, she has collaborated on several volumes, including The Power of Tolerance: A Debate Between Wendy Brown and Rainer Forst (2014). She also writes and lectures extensively on current challenges to public higher education.

The Guggenheim Fellowship will support the research and writing of a book-length study of Marx’s critique of religion. Against the received view that Marx abandoned his early intellectual interest in religion with his turn to political economy, this book will that Marx’s understanding of the generation of religious consciousness in class societies is crucial to his later work, even contributing to the epistemological underpinnings of Das Kapital. The book will also draw Marx’s account into reflections on several contemporary debates concerning religion, secularism and capitalism.