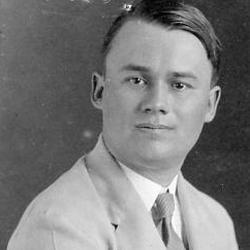 CHAMBERLIN, WILLIAM HENRY: Appointed for the writing of a history of the Russian Revolution from the downfall of Tsarism in March, 1917, until the adoption of the New Economic Policy in March, 1921; tenure, twelve months from March 1, 1933.