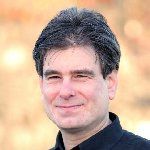 His scholarly essays have appeared in journals such as The China Quarterly, Modern China, Modern Languages Quarterly, and positions, and many of them have been translated into Chinese and Hebrew. His books include Witness against History: Literature, Film and Public Discourse in Twentieth-Century China (Stanford UP, 2003) and Painting the City Red: Chinese Cinema and the Urban Contract (Duke UP, 2010), which was awarded the Joseph Levenson Book Prize, post-1900 category, by the the Association for Asian Studies.  He is also the co-editor, with James Tweedie, of Cinema at the City’s Edge: Film and Urban Networks in East Asia (Hong Kong: Hong Kong UP, 2010); a special issue of the Journal of Chinese Cinemas on “The Missing Period: 1949–1976 in the PRC” (2011, with Tina Mai Chen); and a special issue of Modern Chinese Literature and Culture on Taiwan cinema (2003, with Nicole Huang).

During his tenure as a Guggenheim Fellow, Braester will work on three book projects. Cinephilia Besieged: Film, National History, and Global Consciousness in the People’s Republic of China traces the development of debates on film in the PRC since 1949 to the present. Braester asks how filmmakers are transformed into archivists of cinematic tradition and how the community of viewers partakes in the reconstitution of collective memory. Screen City: Beijing and the Culture of Emergence explores how cities, and Beijing in particular, are fashioned in new media as emerging environments. Zhang Yimou: The Director and His Films will offer the first book-length introduction in English to the now-famous director.