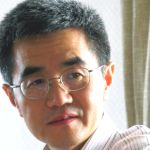 A native of Beijing, Yunxiang Yan was forced to drop out of school at the age of twelve and spent the subsequent twelve years working as a shepherd and farmer in two Chinese villages during the Cultural Revolution period. He returned to school in 1978, earning a B.A. in Chinese Literature and a M.A. in Folklore and Mythology from Peking University, and a Ph.D. in Social Anthropology from Harvard University. He has previously taught at the Chinese University of Hong Kong and Johns Hopkins University and is currently a Professor of Anthropology at University of California, Los Angeles. Unpacking and understanding the moral experiences of ordinary people in the fast-changing world today constitutes the abiding theme in his anthropological career over the last twenty-plus years, and his research interests include family and kinship, economic anthropology, social change and development, cultural globalization, and the individual-society relationship. He is the author of The Flow of Gifts: Reciprocity and Social Networks in a Chinese Village (Stanford UP, 1996), Private Life under Socialism: Love, Intimacy, and Family Change in a Chinese Village, 1949-1999 (Stanford UP, 2003), and The Individualization of Chinese Society (Berg, 2009).

With the Guggenheim fellowship, Yunxiang Yan will complete a book manuscript tentatively entitled The Embarrassment of Virtues: The Individual and the Changing Moral Landscape in Post-Mao China. The primary unit of analysis in this book is the Chinese individual, and the macro context is China’s rushed quest for modernity under a strong and authoritarian state in the era of globalization. The central question is twofold: what are the impacts of the rise of the individual on the moral landscape of China, which is known to be a collective-oriented society, and in turn what are the impacts of the changing moral landscape on the Chinese moral self? The book addresses the central question along three lines: (1) mapping the shift from a collective morality of responsibility and self-sacrifice to an individualistic morality of rights and self-realization in ethical discourse; (2) investigating the widespread public perception of moral crisis and the disturbing practices that form the factual basis for such a perception; and (3) exploring the new individualistic ethics and moral practices that have expanded the moral horizons of Chinese society.