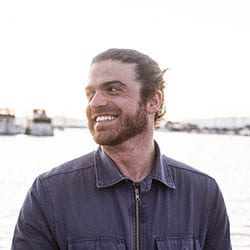 Zackary Canepari (b.1979, USA) is an independent photographer and filmmaker specializing in documentary storytelling.

Zack’s photography career began in India/Pakistan in 2007, working as a photojournalist for a handful of editorial clients and non-profits and becoming a member of Panos Pictures in London.

After living in the subcontinent for three years, Zack moved to California and teamed with filmmaker Drea Cooper. In 2010, they launched “California is a place”, a documentary film series about the Golden State. At the time, the project was celebrated for its mix of intimate, personal storytelling and stylized visual approach. The films screened at a number of international festivals including Sundance and IDFA and landed Zack and Drea on Filmmaker Magazine’s Top 25 New Filmmakers to Watch list.

Next the duo directed their first feature documentary “T-Rex”, about Olympic boxer Claressa "T-Rex" Shields form Flint, Michigan. The film premiered at SXSW in March 2015 and was featured on PBS in 2016. From day one of working with Claressa, Zack felt a strong connection to Flint and after “T-Rex” was finished, he felt compelled to dig deeper and follow the unexplored roots of the city to see where they lead.

This led to Zack’s first monograph titled REX, focusing on Flint through the experiences of Shields and her sister, Briana. REX was named one of TIME Magazines top photography books of 2016 and was awarded Best Photography Book at the Pictures of the Year International. A series of short films, photo projects and exhibitions followed, all part of an ongoing interactive web series titled "Flint is a place". In 2017, Canepari won a World Press Photo Award and was awarded Multimedia Photographer of the Year at Pictures of the Year International for his work in Michigan.

Today Zackary is still working in Flint, continuing to develop “Flint is a place” and also directing a documentary series about the Flint Police Department.

Canepari is based in the Bay Area and is a member of Panos Pictures and the co-owner of ZCDC Films.