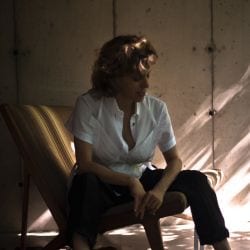 New York based electro-acoustic composer/improviser Zeena Parkins is a pioneer of contemporary harp practices. Through the use of expanded playing techniques, object preparations, and electronic processing she has re-defined the instrument’s capacities. Concurrently, Parkins self-designed a series of one-of-a kind electric instruments. She leans into the harp’s physical limitations pushing into its boundaries and impossibilities. In her compositions, Parkins utilizes collections, recombination, historic proximities, geography, tactility, and movement. Sonic presence and personality is revealed in feedback, overtones, timbral shifts, gestural intervals, perception, and residues.

Parkins has also been awarded residencies at Civitella Ranieri in Umbria, Italy, The Ruskin School at Oxford University in Cambridge, Wooda Arts Residency in England, PAF (France), STEIM (Amsterdam), RPI/IEAR (Troy), Harvestworks, the Watermill Center, and the Centre for Dance and Choreography in Montpellier.

Parkins served as professor in the Sound Arts Department at SMFA in Boston for two years and has taught in the undergraduate program at Bard College. She has been invited to give talks at the Ruskin School/Oxford, Princeton University, Pomona College, Columbia University and has lead improvisation workshops in several festivals including Counterpulse in Glasgow, Météo in Mulhouse, and will be improvisor in residence at the Klangspuren Festiva/Austrial in 2019. Parkins has been a professor in the Music Department at Mills College in Oakland, California since 2011.