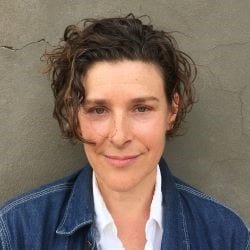 Zoe Leonard, (born 1961) works with photography, sculpture, and site-specific installation. Leonard has exhibited widely in the U.S. and internationally since the early 1990s. A retrospective exhibition was presented by the Whitney Museum of American Art and Museum of Contemporary Art Los Angeles in 2018. She was awarded the Whitney Museum' Bucksbaum Prize in 2014 and received an Anonymous was a Woman Award in 2005. Leonard taught in the MFA program at Bard College where served as Co-Chair of Photography from 2011-2015. Leonard is represented by Hauser & Wirth, New York and Galerie Gisela Capitain, Cologne.